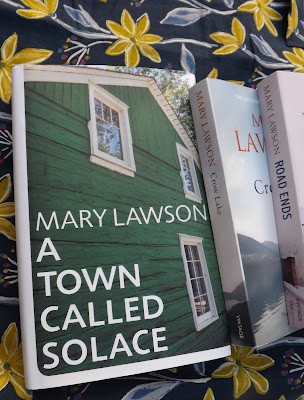 Posted by Vintage Reading at 18:23

I've only read Mary Lawson's first book, Crow Lake, which I loved at the time but didn't lead me to read any more. Sounds like I might like Road Ends.

I've never heard of Mary Lawson until now. Thank you for sharing about these books. I'm definitely interested in reading Road Ends.

An inspiring review! I have never heard of Mary Lawson and am thrilled by the prospect of a Canadian Anne Tyler. I'll have to see if her books are availabe here.

Bookish,I think she is as good as Anne Tyler or Marilynne Robinson.

Lark please post a review if you do read her!

Kat, there seems to be a trend for calling young writers the new Anne TyleR. Mary Lawson is a mature writer and the real deal!