The Road to Middlemarch 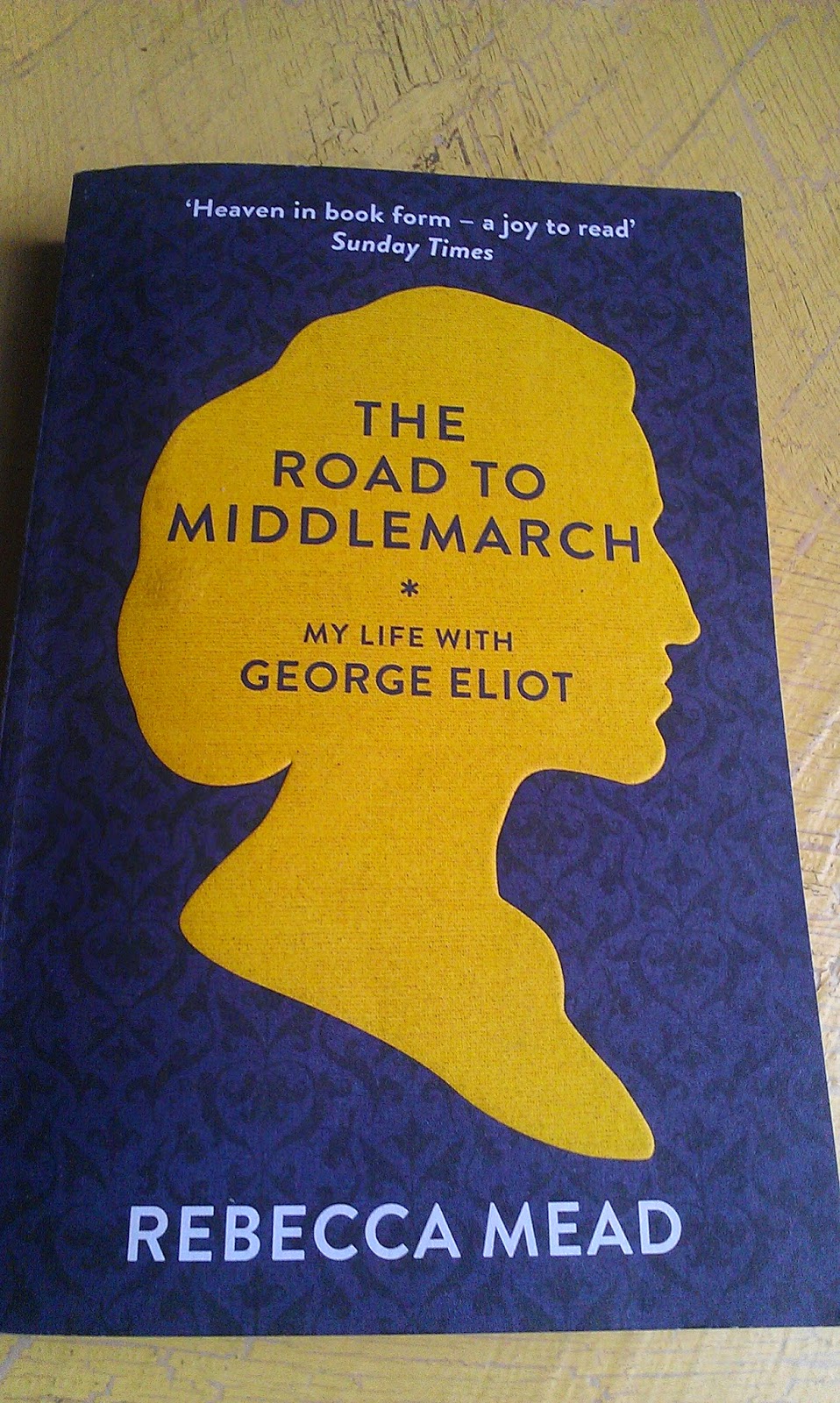 I've read two charming biblio-memoirs this year.  The first was Joanna Rakoff's My Salinger Year and I've just finished Rebecca Mead's The Road to Middlemarch.  Mead is a New York based journalist who has read and re-read George Eliot's Middlemarch and found it resonates at different times in her life. She writes of her English childhood by the seaside, her academic years at Oxford , marriage and motherhood with Middlemarch providing a reliable source of sustenance through life's successes and failures.

Mead is a perceptive literary critic and there is some delicious detail about the life of George Eliot in this memoir.  I didn't know that Eliot re-read all of Jane Austen's novels before embarking on Middlemarch which may account for the comic skewed dialogue between Dorothea and her sister Celia, particularly Celia's horror that her earnest and beautiful sister is going to marry the 'dried up husk' of an academic Casaubon who has reached the advanced age of fifty.  (Eliot was 52 when she wrote Middlemarch!) Best of all this book will make you want to re-discover George Eliot.

I'll wish you all a happy New Year and leave you with a lovely snowy quote from The Mill on the Floss:


Snow lay on the croft and river-bank in undulations softer than the limbs of infancy; it lay with the neatliest finished border on every sloping roof, making the dark-red gables stand out with a new depth of colour;  it weighed heavily on the laurels and fir-trees till it fell from them with a shuddering sound ...  The Mill on the Floss, 1860, George Eliot