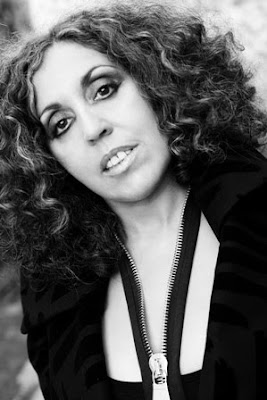 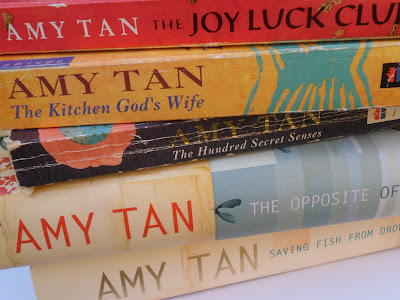 I've always intended this blog to be about beloved books which are passed down through the generations from mother to daughter. This female focus is particularly apt when reading Amy Tan. I've read and re-read everything she has published and I can quote huge chunks of my favourite novel The Hundred Secret Senses.

Olivia Yee grows up with her family in San Francisco. Steeped in American culture she is less than pleased when her older half-sister comes from China to live with them. Kwan has extraordinary powers and senses - she can diagnose and heal by touch, when she tries to wear a digital watch the numbers whizz around, she can sense with pinpoint accuracy electrical faults in a circuit and she can talk to the dead. Kwan is a source of constant irritation to Libby:

Kwan has never been able to correctly pronounce my name, Olivia. To her, I will always be Libby-ah, not plain Libby, like the tomato juice, but Libby-ah, like the nation of Muammar Qaddafi. As a consequence, her husband, George Lew, his two sons from a first marriage, and that whole side of the family all call me Libby-ah too. The 'ah' part especially annoys me. It's the Chinese equivalent of saying 'hey,' as in 'Hey Libby, come here.' I asked Kwan once how she'd like it if I introduced her to everyone as 'Hey, Kwan.' She slapped my arm, went breathless with laughter, then said hoarsely, 'I like, I like.' So much for cultural parallels, Libby-ah it is, forever and ever.

As the novel unfolds, Libby learns to love and appreciate the wonderful Kwan. If you are new to Amy Tan, I would suggest reading the novels chronologically. Start with the Joy Luck Club, then The Kitchen God's Wife - watch out for the wonderful Ding Ho Flower Shop - and then The Hundred Secret Senses.
Posted by Vintage Reading at 11:39 12 comments: 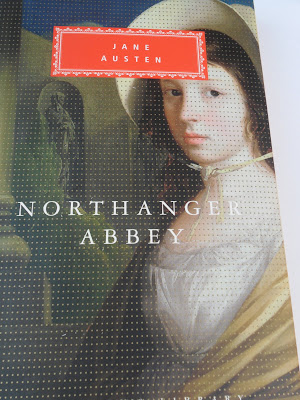 'Catherine grows quite a good-looking girl, - she is almost pretty today,' were words which caught her ears now and then; and how welcome were the sounds! To look almost pretty, is an acquisition of higher delight to a girl who has been looking plain the first fifteen years of her life, than a beauty from her cradle can ever receive. Jane Austen, Northanger Abbey

With the exception of Jane Eyre it is rare to find a literary heroine who is not beautiful. During her six-week sojourn in Bath, Catherine Morland a likeable and unremarkable girl who takes everything at face-value is rewarded with her man while the artful, the fashionable and the foolish are the victims of Austen's biting satire. Northanger Abbey also contains a delightful defence of the novel and novel readers (as if we needed one!)
The beauty on the cover of my Everyman's edition is Priscilla Jones, Wife of the Artist by Thomas Barker of Bath (1769-1847).
Posted by Vintage Reading at 11:46 18 comments: 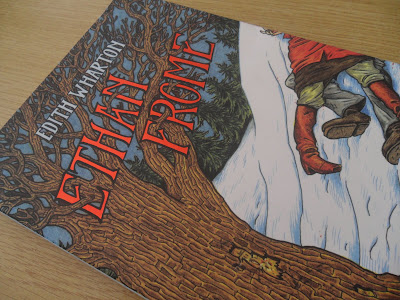 I must stop buying these fancypants editions of literary classics because they are twice the price of standard paperbacks. It's the bookish equivalent of Carrie in Sex and the City when she spots another pair of Jimmy Choos!

Ethan Frome is a relentlessly tragic novel and portrays a completely different view of New England to Sarah Orne Jewett's The Country of the Pointed Firs. The tortured relationship between Ethan, his wife Zeena and the young Mattie Silver plays itself out to its shocking conclusion.

Talking of toxic marriages Shadow Tag is an unflinching portrayal of the relationship between Gil, an artist and his wife Irene who is also his muse. Both are flawed. He can't control his temper and she is a loving mother but a cold-hearted wife. Irene keeps a 'false' blue diary which she leaves around for her husband to read while her real thoughts are recorded in a secret red diary. Shadow Tag could not be considered a comfort read and this marriage turns uglier than most bad marriages with alcohol playing its inevitable part, but sometimes you need to read about real life, as it is, both good and bad and Louise Erdrich excels at writing real life.

After all that tragedy I need some Austen.
Posted by Vintage Reading at 12:55 9 comments: