I wasn't going to buy any books this month ... 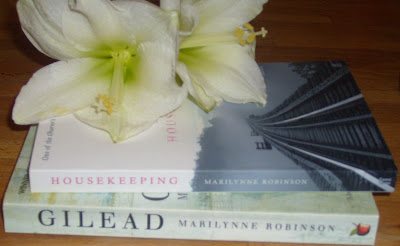 ... but I happened to be in a bookstore yesterday and I spotted Housekeeping by Marilynne Robinson. I've wanted to read it since I read her wonderful novel Gilead last year and I'm in the mood for American writing at the moment. I'll let you know how I get on ...
Posted by Vintage Reading at 14:55 8 comments: 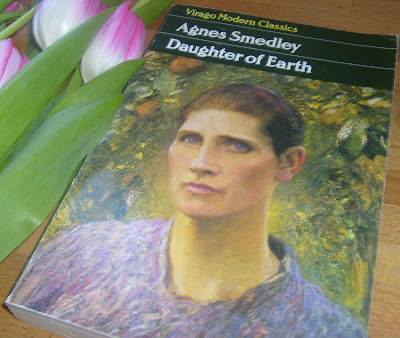 Another vintage Virago from my local second-hand book store! Agnes Smedley's Daughter of Earth is the coming of age story of Marie Roberts, a girl of American Indian heritage who rises from extreme poverty to find a sense of self and purpose when she discovers socialism. It's also a semi-autobiographical account of the life of Agnes Smedley. It's certainly not a light read, but an absorbing account of poverty-stricken American families living and working on the land in the early part of the twentieth century. Reading this novel has made want to re-read Willa Cather and Louise Erdrich, powerful writers who examine the lives of those who live and work on the prairies and plains. Here's an extract from Daughter of Earth:

I recall a crazy-quilt my mother once had. She made it from the remnants of gay and beautiful cotton materials. She also made a quilt of solid blue. I would stand gazing at the blue quilt for a little time, but the crazy-quilt held me for hours. It was an adventure. I shall gather up these fragments of my life and make a crazy-quilt of them. Or a mosaic of interesting patterns - unity in diversity. This will be an adventure. 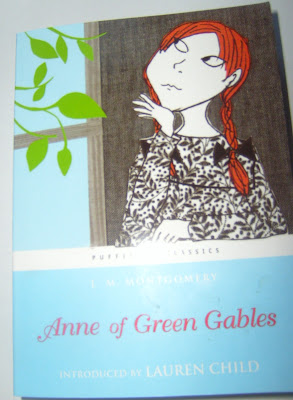 I've been meaning to read Anne of Green Gables for years and never quite got around to it. This edition has an introduction and front cover illustration by Lauren Child. I do like Child's contemporary illustrations for classic children's books.

So, my reading resolution for what's left of 2008 is to familiarise myself with the work of L M Montgomery.
Posted by Vintage Reading at 15:27 2 comments: 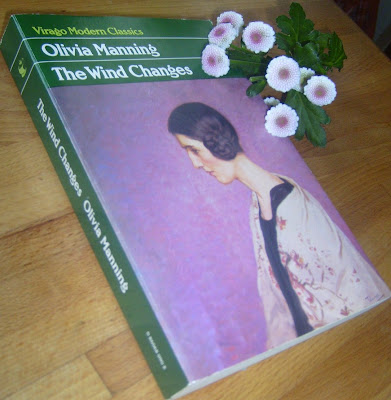 It's always good to discover a pristine Virago in a second-hand book store. I'm unfamiliar with the work of Olivia Manning although I know she wrote The Balkan Trilogy which became the BBC series The Fortunes of War.

The Wind Changes is set in the troubled Dublin of 1921. Elizabeth, a young artist has a sexual relationship with a cold-hearted English writer, Arion and then begins a relationship with the equally indifferent political activist, Sean. This girl doesn't learn! This is a thoughtful and reflective book and Manning's writing is beautifully descriptive of nature and the sea:

All the houses there faced the sea. It would have been funny to have lived in one that did not. It would have been like sitting with your back to the driver in a bus. In the winter the spray was flung over the roofs and flooded the back gardens. Her cousins used to roll their trousers up to their knees and bale the yard with buckets. The salt killed nearly all the plants. Only the aconite lived through the winter and in the spring its leaves would glitter with salt as thick as hoar frost. 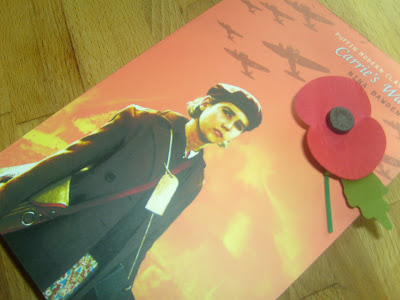 Carrie's War by Nina Bawden is a poignant children's book which examines the impact of war and displacement on children. Although the subject is sombre, there is humour and warmth in the story. Eleven-year old Carrie and her younger brother, Nick are evacuated from London during the Second World War and sent to a small Welsh village where they meet the mysterious Hepzibah who may or may not be a white witch. Published in 1973, this is a coming-of-age story and Carrie is a particularly charismatic central character. I've been restricting myself to a chapter a night this week because I didn't want the story to end.
Posted by Vintage Reading at 08:42 7 comments:

Can Any Mother Help Me? 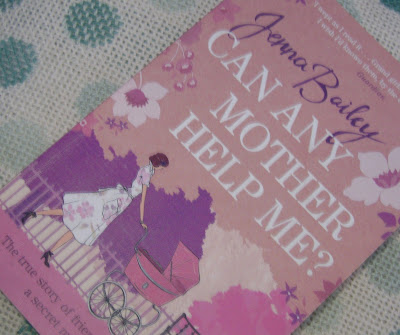 Another cover in a shade of pink which sets your teeth on edge ... the book is great, though!

In 1935 a depressed mother calling herself Ubique wrote to a women's magazine asking for help to overcome her loneliness. Other mothers responded with empathy and it was decided to produce a magazine which could be circulated among themselves. Thus began the Cooperative Correspondence Club or CCC. This magazine continued for decades as the women's friendship and mutual support endured through wartime, marriages and marriage failures, the birth of children and old age. Well-educated and intelligent, the women gave themselves nicknames which afforded anonymity when they discussed personal issues in the magazine. These names, A Priori, Accidia, Yonire, Ad Astra, Elektra etc are similar to the user names adopted by those who use internet discussion forums today.

I particularly enjoyed the cheery Roberta's lively account of giving birth to a much longed-for daughter, Amelia's tale of sleeping overnight on a London pavement in order to watch the Queen's coronation procession and Yonire's success at fighting off an over-amorous admirer with a high-heeled shoe. There is also a poignant account from Isis of her difficult marriage and passionate love for the family doctor, but my own favourite is Accidia, the Cambridge educated mother of five who longs for a good night's sleep.

Jenna Bailey has meticulously edited contributions from the magazines and I hope this talented author publishes more in this new genre of social history.
Posted by Vintage Reading at 10:00 4 comments:

Not my cup of tea 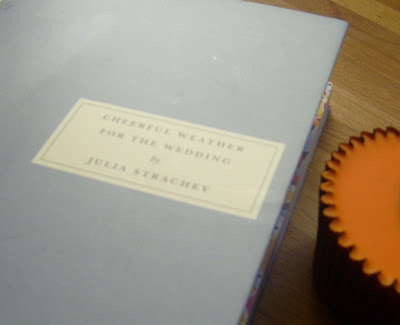 It took me a while to realise that Cheerful Weather for the Wedding by Julia Strachey was a black comedy and it certainly had its amusing moments, but I didn't engage with any of the characters and if you're not rooting for a character it's difficult to care about the book.
I also thought that the motif of a bride who gets drunk on her wedding day has been done before (and better) in The Great Gatsby by F Scott Fitzgerald.
Ah well, time to browse through the Persephone catalogue again - I knew I should have ordered the Katherine Mansfield Journal!
Posted by Vintage Reading at 16:09 8 comments: