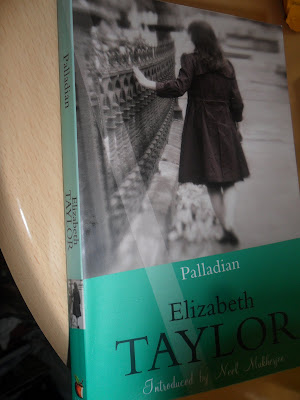 I have a bit of a chequered history with Elizabeth Taylor novels. I found Mrs Palfrey at the Claremont to be an utterly depressing portrayal of ageing and I've often found an underlying unpleasantness in Taylor's characters, yet I loved Blaming.

Palladian is a variation of Jane Eyre with orphaned Cassandra Dashwood going to work as a governess in a ramshackle mansion house with a romantic idea that she will fall in love with her widower employer and indeed she does. The mansion is populated with her employer's bossy sister, hypochondriac mother, brother with a drink problem, the girl he believes to be his daughter and a know-it-all Nanny who bullies the cleaner. The dialogue between Nanny and the cleaner is highly amusing and cleverly written but I found the rest of the novel pretty bleak.

I'd like to read the Beauman biography because I'm always interested in the life of writers but I think I'm done with Taylor's novels.

On a more positive note I popped into the lovely Foyles bookshop at St Pancras station last week and found a biography I've wanted to read for a long time -clue is my author of the month. I also managed to resist the temptation presented by the Cath Kidston shop next door! 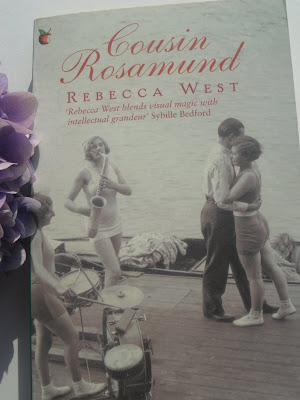 Cousin Rosamund is the third novel in West's trilogy. Written against failing health, it is perhaps not as polished as the first two but I have to say that I really enjoyed re-reading it.

Rose and Mary are now wealthy and acclaimed concert pianists with an international schedule. Rosamund appalls the Aubrey twins by marrying (apparently) for money. Rose marries the musician Oliver Wood. Kate, now elderly, still works as a housekeeper for the two sisters wearing a long dark dress with a cameo brooch at her neck which delights Mr Morpurgo who thinks she resembles a character from a Bronte novel.

West's inimitable style is both literary and feminine. She describes the rise of the fashion house of Chanel, the perfumes of the day, Patou and Vigny's Golliwog, the flowers and boxes of marrons glace presented to the Aubrey sisters after each concert and sets this against the aftermath of the first world war, the loss of thousands of young men and the ability of musicians to sense impending tragedy through their art.

I wish there were more of Cordelia in this novel. She surfaces with her husband occasionally at parties and manages to irritate both of her sisters but there are none of the spectacular rows of the first two novels or the the comedy arising from Cordelia's inability to play the violin.

Sadly we will never know the reasons for Rosamund's bizarre marriage as West died before the trilogy - or possibly quatrain - was complete although she did leave a synopsis. Perhaps it is best that we are left wanting more of this wonderful story. 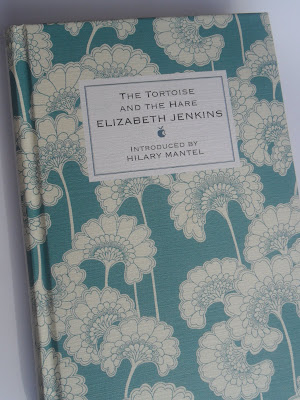 Sorry for late replies to comments on my last post but my computer - which was held together by little more than elastic bands and string - finally called it a day last month. As I've said before to me the internet is all about communication and to interact with other readers via comments is one of the greatest pleasures of book blogging. After re-reading the Rebecca West trilogy I found it difficult to settle down to reading anything else. Started The Moonstone by Wilkie Collins for book club but I prefer to read Victorian novels in the winter. Started The House of the Spirits by Isabel Allende, but within a few pages I knew it wasn't for me.

It was therefore very timely of Virago to re-issue five modern classics in hardback for the summer. Even better that they included Elizabeth Jenkins The Tortoise and the Hare which I've wanted to read ever since it was reviewed by Roses Over a Cottage Door, A few of my favourite books (now Lavender Tisane) Books and Chocolate and A Book Sanctuary

I loved this book. Although it is a sad story - beautiful woman who lives to please her wealthy husband cannot believe he is cheating on her with a dowdy spinster much older than herself - the writing and detail are beautiful with echoes of Jane Austen. There is also an excellent introduction by Hilary Mantel and an illuminating afterword by Carmen Callil. The cover design is Japanese Floral by Florence Broadhurst. A perfect summer read.