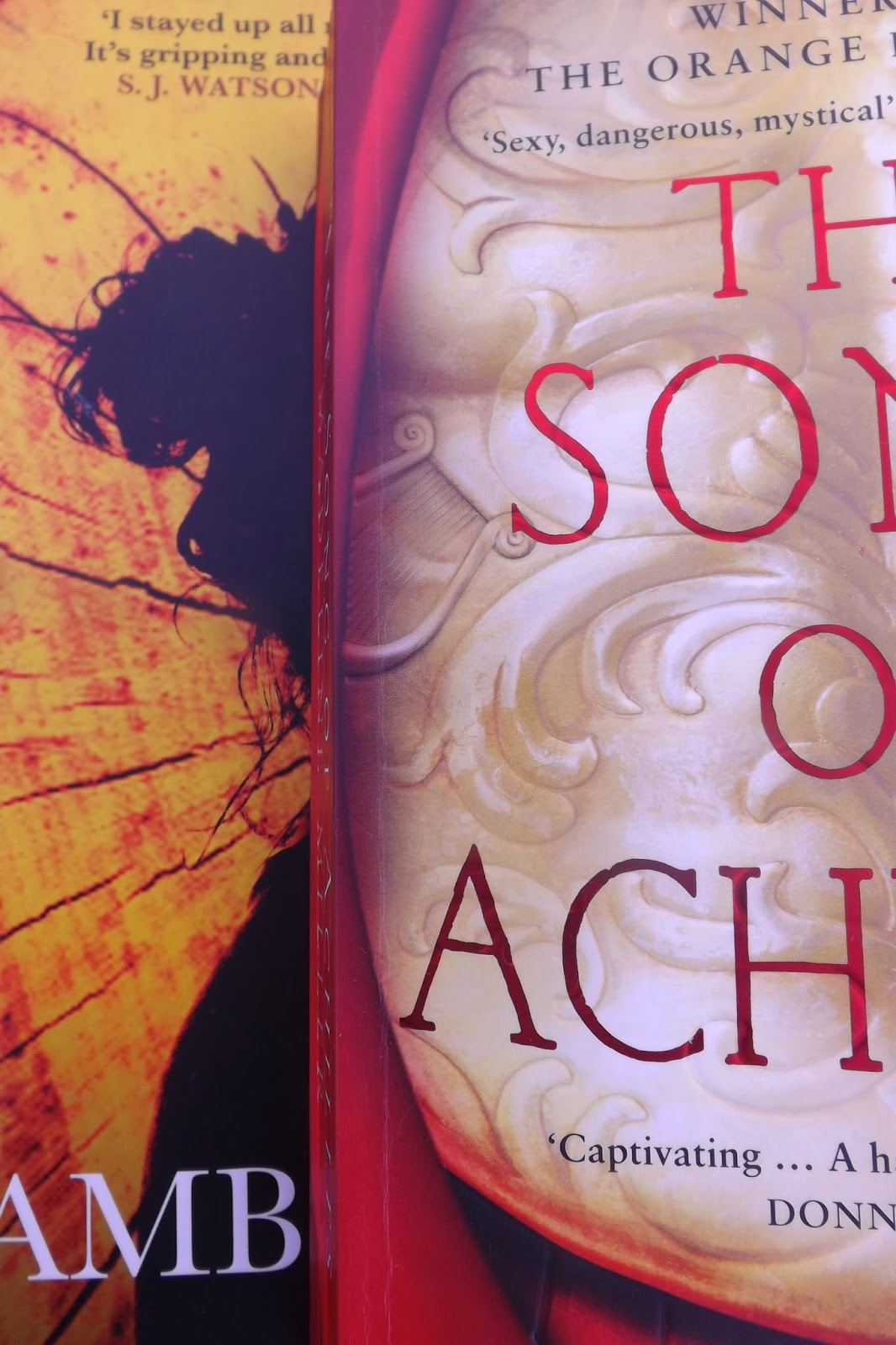 I loved The Secret History, Donna Tartt’s novel about a group of classics students who take their lessons in antiquity a little too far. I read an interview with Tartt where she recommended Madeline Miller’s Song of Achilles so I’ve been sitting in the garden in the last of the summer sunshine completely absorbed in this novel.


It’s the story of the love affair between Achilles and Patroclus, boyhood friends who train under the centaur Chiron and then fight in the Trojan wars. Achilles is the son of the sea goddess Thetis who is a terrifying character with an extreme aversion to Patroclus:

'She was taller than I was, taller than any woman I had ever seen. Her black hair was loose down her back and her skin shone luminous and impossibly pale, as it if drank light from the moon. She was so close I could smell her, sea water laced with dark brown honey. I did not breathe.. I did not dare.'


The novel is narrated by Patroclus in simple language but it’s a thrilling page-turner so descriptive you can almost see the blue Aegean sea. My knowledge of Greek mythology is patchy to say the least so the sacrifice of the young bride Iphigenia came as a shock and the great river god Scamander rising from Troy’s creamy gold river covered in weeds with water pouring off his back to block Achilles from crossing was brilliantly written.
I also very much enjoyed The Amber Fury by Natalie Haynes. It’s the story of Alex, a young woman who has lost her finance in tragic circumstances which gradually emerge as the novel progresses. To ease her grief her kindly former lecturer offers her a job teaching drama therapy to a small group of troubled teenagers who have been excluded from mainstream school because of their behaviour.
Alex is fond of Greek tragedy and introduces the students to the plays Oedipus, Alcestis and the Oresteia. Unfortunately, one the students develops an obsession with Alex and starts to enact a revenge tragedy of her own. To mirror this theme the novel is told in five acts. It’s beautifully written, dark and thrilling and you can’t help smiling at the repartee of the students who may have challenging behaviour but they are as sharp as tacks.
Some new literary fiction to look forward to this month - Outline by Rachel Cusk and Lila by Marilynne Robinson. Let’s hope the September sunshine continues a little longer for us all!