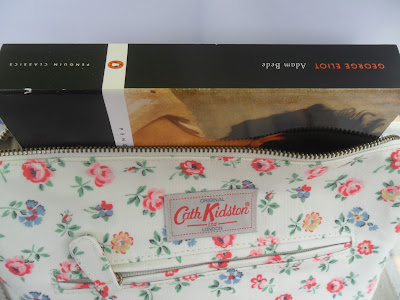 As the debate continues regarding notable females on banknotes I would like to see one of our eminent Victorian novelists represented.  Elizabeth Gaskell or George Eliot or a Bronte, maybe.

I read the two contemporary novels on my 'summer' reading list as the rain beat against the window and the wind howled around the house!  I know some of my fellow bloggers loved Claire Messud's The Woman Upstairs but I had some reservations.  I kept turning the pages and Messud writes very well, but I just didn't buy the premise that a mature woman would become besotted with a whole family.  Nor was I convinced that the work produced by the artist Sirena would attract the attention it did.  However the ending is good.  What you can see coming a mile off doesn't happen quite the way you think it will.

Maria Semple's Where'd You Go Bernadette was much more my cup of tea.  I loved it.  It's the story of Bernadette Fox, former brilliant architect married to Elgie who is doing very well at Microsoft and mother to teenager Bee. Impressions of Bernadette are relayed via emails between her neighbour Audrey and her friend Soo-Lin who think she is aloof and anti-social. We know that all is not well with Bernadette from the secret emails she sends to a PA in India who organises her life so that she doesn't have to socialise. We learn that her architectural career came to an abrupt end and she spent many months in hospital with Bee as a baby.  A spectacular row with Audrey over some overgrown blackberry bushes precipitates a crisis for Bernadette.    There is also first person narration from the sweet-natured and academically gifted Bee.

I do like novels relayed via emails/letters/diary entries and the epistolary form works very well with humour (I'm thinking Diary of a Provincial Lady, obv!)  Both the Messud and the Semple are about what happens when a creative artist is stifled.  For me, the Semple was by far the best.

George Eliot's Adam Bede is next on my list - I feel a Vic Lit reading project coming on.
Posted by Vintage Reading at 14:36 14 comments: 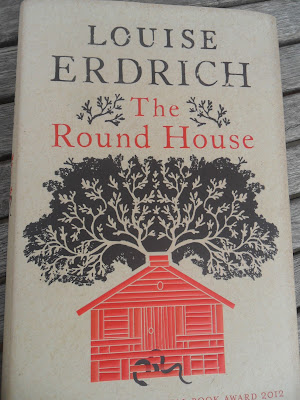 Mom had planted the pansy seedlings she'd grown in paper milk cartons.  She'd put them out early.  The only flower that could stand a frost. Louise Erdrich, The Round House

My local Waterstones told me they 'wouldn't be stocking' the new Louise Erdrich novel and would I like to order it?  Well no I wouldn't actually.  I took a trip to Blackwells in Oxford where I could actually pick up a copy from the shelves.   It was well worth the visit.  I think this is Erdrich's finest novel since Love Medicine was published in 1984.  If you are familiar with earlier works you will recognise the landscape, some of the named characters - Nanapush, Lamartines, Morrisseys - and the 1980s setting, but it works perfectly as a standalone novel.

It begins with 13-year old Joe and his father pulling up tree seedlings that have worked their way into the foundations of their house on a North Dakota reservation.  Wondering why Joe's mother is late home from work they decide she must have gone to the grocery store at Hoopdance and decide to drive out to meet her.  Suddenly Joe's mother drives past them, very fast, in the opposite lane.  They follow her home and when she doesn't get out of the car but remains sitting in the driver's seat staring ahead they realise that something is very wrong.

Joe's mother has been the victim of a brutal attack.  Joe resolves to find out who did it, and although the novel has elements of a whodunnit or a thriller it is really, I think, a coming-of-age story.  Despite its harrowing theme and the examination of the legal issues surrounding attacks on Native American women, the novel is at times laugh-out-loud funny. I loved Joe's crush on his Aunt Sonja the Swedish ex- stripper with a heart of gold and the chase between furious Father Travis and Joe's friend, Cappy.  The novel's denouement, revenge and revelation had me avidly turning the pages and I didn't want the book to end.

Litlove has an excellent review (as always) at Tales from the Reading Room.
Posted by Vintage Reading at 12:03 12 comments: