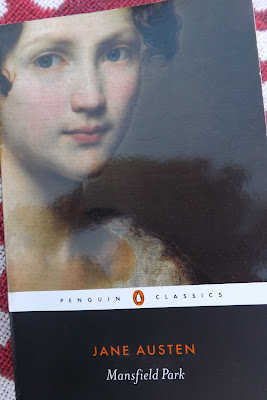 Female economy will do a great deal my Lord, but it won’t turn a small income into a large one. The Watsons, Jane Austen

We don't know why Jane Austen didn’t finish the novel later known as The Watsons but she had certainly thought it through because she told her sister Cassandra how the story would develop.
Reading the remaining early chapters we get a tantalising glimpse of Emma Watson who could have become one of Austen’s great heroines. Raised by her wealthy aunt and uncle she is educated and refined only to be sent back to her impoverished family when her uncle dies and her aunt hastily remarries.
Back in her own family with a dying father, two younger sisters desperate to get husbands and the 'hard-hearted prosperity’ of her brother and sister-in-law (reminiscent of John and Fanny Dashwood in Sense and Sensibility) Emma’s only comfort is her stoical and kind elder sister Elizabeth. There is a charming scene in a ballroom where a ten-year old boy is desperate to dance and Emma offers herself as a partner.
There has been much speculation as to why the novel was never completed. Some have suggested that the death of Austen’s own father meant that she couldn’t continue and others that the grim realities of the marriage market for women of no means too closely resembled the circumstances of Jane and Cassandra. The fragment that remains is unmistakeably Austen and just as you find yourself getting drawn into the story it ends.
In her 1948 biography of Jane Austen, Elizabeth Jenkins refers to the way her characters in The Watsons ‘grown into life before our gaze as she makes her magic passes too rapid for the eye to follow.’ Wouldn’t it  be wonderful if we had a seventh completed novel?