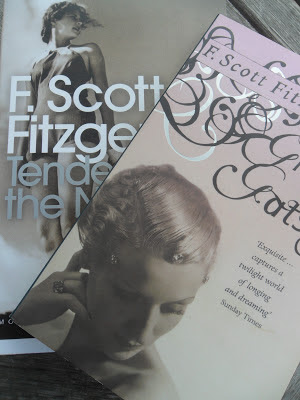 So much contemporary fiction from American women writers to look forward to this year. Claire Messud's new novel The Woman Upstairs will be published next week in the UK.  I spotted the new Elizabeth Strout The Burgess Boys in Waterstones last week and there will be novels from Curtis Sittenfeld (loved Prep) and Amy Tan.  Best of all, Louise Erdrich's prize-winning novel The Round House has finally been published here.  I'm reading it now and I'm woefully behind with ironing,  gardening and general communication with my family because I just can't put it down!

Talking of fine American writers I've just re-read The Great Gatsby.  My daughter, Kate, was going a little stir-crazy on study leave last week so we thought we'd go and see the new film.  Some critics have thought it over the top but as Rachel of Book Snob points out the novel is not exactly subtle!  Of course, seeing the film made me want to re-visit the novel with its fine opening sentence:


In my younger and more vulnerable years my father gave me some advice that I've been turning over in my mind ever since. 'Whenever you feel like criticizing anyone,' he told me, 'just remember that all the people in this world haven't had the advantages you've had.'

Nick Carraway has always been my favourite character in The Great Gatsby and I thought Tobey Maguire played him very well and looked remarkably like a young F Scott Fitzgerald.  I'm also rather fond of Jordan Baker with her 'grey sun-strained eyes.'

What are your favourite American classics?
Posted by Vintage Reading at 09:22 12 comments: 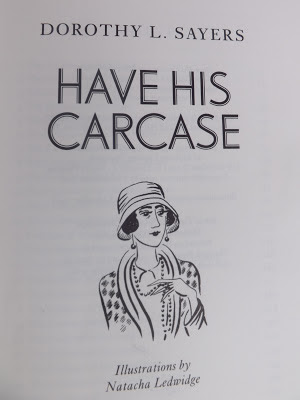 After re-reading Gaudy Night earlier this year I promised myself that I would read more of the wonderful literary detective novels of Dorothy L Sayers.  I'm rather fond of Harriet Vane who features in four of the books - Strong Poison, Have His Carcase, Gaudy Night and Busman's Honeymoon - so I'm starting with those.

Have His Carcase published in 1932 begins with Harriet on a solitary coastal walking tour.  As an independent young woman who writes detective novels, enjoys her own company and repeatedly turns down marriage proposals from the adorable Lord Peter Wimsey she is a character ahead of her time:


She was twenty-eight years old, dark, slight, with a skin naturally a little sallow, but now tanned to an agreeable biscuit-colour by sun and wind.  Persons of this fortunate complexion are not troubled by midges and sunburn, and Harriet, though not too old to care for her personal appearance was old enough to prefer convenience to outward display:

After finding a cove on the beach to sit down for lunch the hot sunshine sends her to sleep.  Upon waking she walks along the sand and is puzzled by an object on a rock a short way out to sea known as the 'flat iron'.  Upon close inspection it turns out to be a man's body with the blood still wet and the chilling suggestion that perhaps he was murdered while she was asleep.  Harriet is not the kind of woman who runs away screaming, instead she examines the body, tries to calculate the tides and searches for help.

I'm only about 100 pages in but very much enjoying it so far.  Do you have any favourites from the golden age of detective fiction?
Posted by Vintage Reading at 13:25 17 comments: