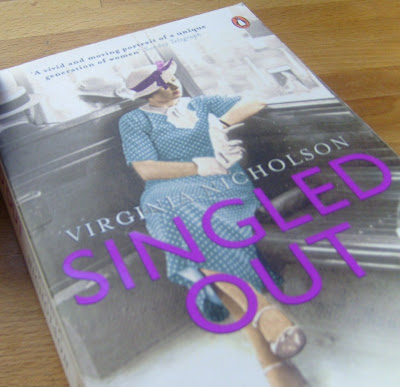 Three-quarters of a million young men lost their lives in the First World War. This 'lost generation' meant that many women had to abandon their traditional expectations of marriage and motherhood as there were simply not enough men to go round. In Singled Out, Virginia Nicholson examines how the women of this generation responded to the crisis. Many lost fiances, beloved brothers, colleagues and friends. After coming to terms with their shock and grief these women magnificently rose to the challenge of life as a singleton (long before the phrase was coined by the fictional Bridget Jones) and found new direction and purpose.

For some, this meant a career. Gertrude Maclean established Universal Aunts in 1921, an organisation which provided ladies of 'irreproachable background' to act as nannies, personal shoppers or researchers. Nicholson describes how one Universal Aunt had to look after a mongoose for a week while its owner was abroad! Others, such as Elizabeth Goudge, took comfort from a devout Christian faith and a literary talent. Goudge went on to become a best-selling writer after the publication of Green Dolphin Country.
Singled Out is a highly original and interesting book.
Posted by Vintage Reading at 11:46 6 comments: 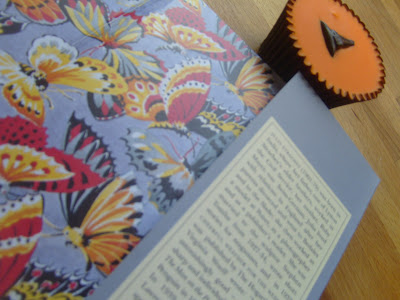 In the midst of organising half-term treats for my daughters - a trip to the cinema to see High School Musical 3 and a Halloween sleepover - I haven't forgotten to organise my own. Yes, it's another Persephone! After much pondering and deliberating I ordered Julia Strachey's Cheerful Weather for the Wedding. It's quite a slender volume so I should finish it over the weekend. I'll let you know how I get on ... 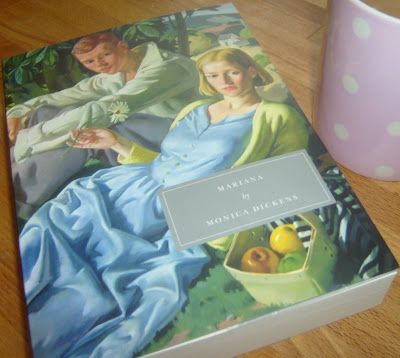 I ordered the Persephone edition of Mariana by Monica Dickens through my local bookshop back in August. It arrived yesterday. Meantime, I'd requested it from the reserve store of the library, read it and written about it! Oh well, it's nice to have my own copy and the Persephone Classics edition contains an excellent introduction by Harriet Lane. Here's a nice extract from Mariana:

It was the smell of clean sheets that reminded Mary of what, when she was a child, she called the Charbury Smell. It was the first thing you noticed as you went in at the front door of Charbury; an indefinable pot-pourri of all the fragrant things in the house - roses, wood-smoke, polished floors, bread, and lavender-kept old linen. 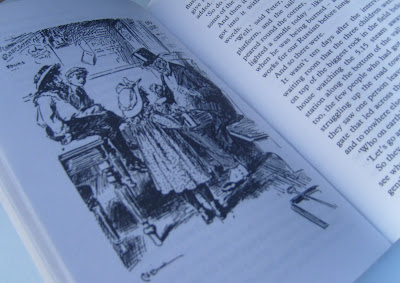 I've been reading The Treasure Seekers and The Railway Children by E Nesbit because I'm studying for an MA in Children's Literature. The Railway Children is the story of Roberta, Phyllis and Peter who have to leave their big London house when their father is mysteriously taken away. The children go to live in the countryside with their mother and the discovery of the local railway line and station leads to new friendships and adventures.
I didn't read E Nesbit as a child and I don't have the affection for her books that I have for, say, Noel Streatfeild or Enid Blyton. At times, the sexism in The Railway Children is infuriating, but of course it was published in 1906 when the world was a different place. The character of twelve-year old Bobby (Roberta) is the most appealing aspect of The Railway Children for me and I loved the illustrations by C E Brock.
Posted by Vintage Reading at 09:48 No comments: 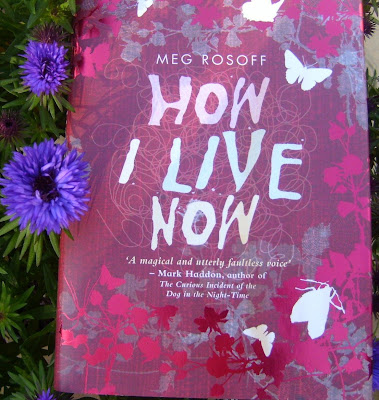 I've just re-read Meg Rosoff's first novel, How I Live Now. Daisy, a troubled fifteen year old from New York, spends an idyllic summer with her English cousins in their rambling old farmhouse with its pebbled courtyard, stables and raised square garden containing only white flowers and a stone angel with folded wings. However, England is descending into war, the cousins are evacuated and Daisy becomes responsible for the safety and well-being of her nine-year old cousin Piper. When the two girls have to live in the woods for a week surviving on nuts, berries, and accidentally eating mushrooms which make them hallucinate the story is utterly gripping.

This is no portrayal of a quaint England. It's tough, straight-talking and at times terrifying, but an exhilarating read and a beautiful novel.
Posted by Vintage Reading at 15:37 2 comments: 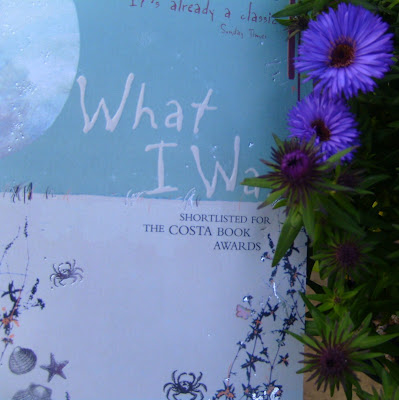 These flowers are asters. I know that because the man on the market stall told me so when I asked for a pot of purple daisies. I must learn the proper names of flowers. Anyway, I've been enjoying them and the autumn sunshine today. I've also been reading Meg Rosoff's terrific coming of age novel What I Was. I don't read a great deal of contemporary fiction but I've liked Meg Rosoff's work ever since I read her first children's/teen book How I Live Now a couple of years ago. What I Was is set on the salty East Anglia coast, an area that I'm familiar with, and this has added to my pleasure in this book.
Posted by Vintage Reading at 15:18 No comments: 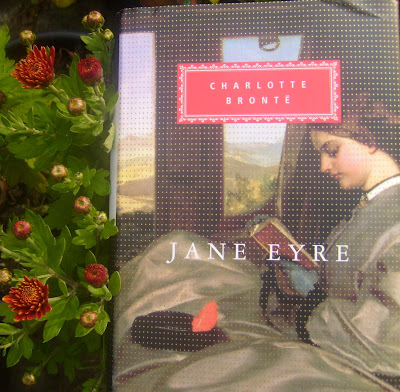 I'm not the fastest reader in the world and the density of Victorian prose requires concentration so it has taken me a couple of weeks to read the enjoyable 600+ page novel Shirley by Charlotte Bronte. Shirley has two female heroines, Caroline Helstone, who is quiet, shy, graceful and hopelessly in love with the dour mill-owner, Robert Moore. Caroline is the epitome of demure womanhood, but a bit wet, so it's a relief when the heiress Shirley Keeldar makes her appearance half way through the novel. Shirley is something of a Calamity Jane, well-meaning, generous and fond of firing pistols, intercepting dog fights and adopting masculine expressions. Shirley becomes good friends with Caroline but she rather likes Robert, too ....

Of course, I now want to re-read Jane Eyre and Villette.
Posted by Vintage Reading at 15:12 5 comments: