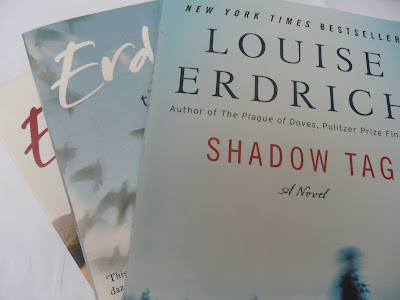 Waterstone's no longer seem to stock the latest Louise Erdrich titles. Plenty of shelf space for charmless celebrity biographies, but no space for a fine contemporary American writer. I suppose it is market driven. Here in the UK I have to order Erdrich's latest novels when I find out about them from blogger friends who are also fans, such as Frisbee Wind or from the website for Erdrich's bookshop Birchbark Books.
If you are new to this writer I would suggest starting with Love Medicine or, my favourite, The Beet Queen. Her novels are not for the faint-hearted - I don't mean that they are gruesome - I mean that many of them examine the harsh realities of life for those living on and around the reservations. Shadow Tag arrived last week and I started reading on Sunday night. Something nice about beginning a much-anticipated novel on a Sunday - kind of sets you up for the week!
Finished The Historian. I thought it was very well-written but could have been edited by at least 200 pages for a sharper story. Too much travel and history and not enough character development for my tastes. That said, it genuinely made me jump a couple of times and there was some beautiful descriptive writing:

At farms along the road we stopped to buy picnics better than any restaurant could have made for us: boxes of new strawberries that gave off a red glow in the sun and seemed not to need washing; cylinders of goat's cheese weighty as barbells and encrusted with a rough grey mould as if they'd been rolled across a cellar floor. 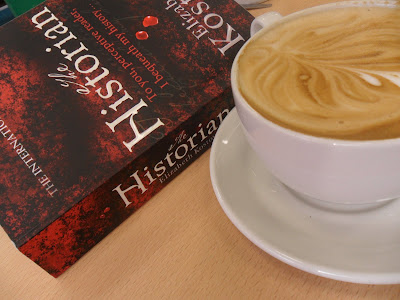 About time I rejoined the 21st century for a while with a contemporary novel. I do like novels set in academia so I was pleased when my reading group chose Elizabeth Kostova's The Historian for March.
I was immediately drawn in by the opening of this novel. An ancient book mysteriously appears on a student's desk and reappears when he returns it to the rare books section of the university library. There there is the mysterious disappearance of the charismatic professor who had been researching the history of Dracula and only a smear of blood is left on the ceiling of his study. The papers and letters he leaves behind are all addressed to 'My dear and unfortunate successor.'
I'm only a couple of hundred pages in - this novel is 700 pages long(!) - but I'm enjoying the elegance of the writing. I'm not particularly interested in the legend and history of Dracula per se but so far the novel is holding my attention.
I was sorry to see that Jane Brocket is wavering about whether to continue her inspiring blog. I have to say that I've never found the book blogging community to be anything other than positive and mutually supportive. Possibly because reading is a non-competitive activity?
Posted by Vintage Reading at 12:00 18 comments: 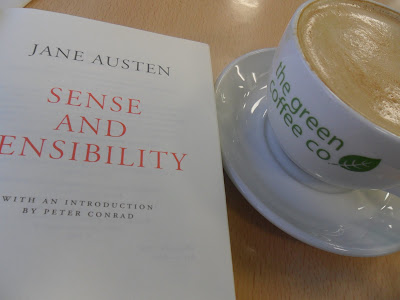 Have you read Sense and Sensibility? It is a clever novel. They were full of it at Althorpe, and although it ends stupidly I was much amused by it. Letter from Lady Bessborough to Lord Granville Leveson-Gower, 1811

Elinor Dashwood is my favourite Austen heroine and each time I read Sense and Sensibility I discover something new about her. Austen was possessed of what Elizabeth Jenkins refers to as 'the occult power of creating human personality - the rarest form of literary genius.' Depth and nuance of character which may not be apparent on first reading an Austen novel are revealed upon re-reading.

Surprisingly, Elizabeth Jenkins was not fond of Elinor. She describes her as 'too rational.' I would argue the Elinor is the only character who keeps it together and retains a sense of humour despite almost unbearable provocation. Marianne falls to pieces when she is abandoned by Willoughby and it is Elinor who supports her while she is simultaneously aware that the man she loves is secretly engaged to the loathsome Lucy Steele who never misses an opportunity to remind her.

Yet when Marianne goes into raptures about autumn leaves, Elinor can dryly remark. 'It is not everyone who shares your passion for dead leaves.' When Lady Middleton's noisy, spoilt children pull their mother and damage her clothes, Elinor remarks that she 'never thinks of tame and quiet children with any abhorrence.'

Whether the novel ends 'stupidly' depends I suppose on your opinion of Edward Ferrars. I still find him a bit of a sap and think perhaps Colonel Brandon would have been a better match for Elinor.

I know you all have busy reading schedules but if anyone gets the time to re-read S&S this year I'd love to know your thoughts!
Posted by Vintage Reading at 12:41 18 comments: