The Life of Charlotte Bronte 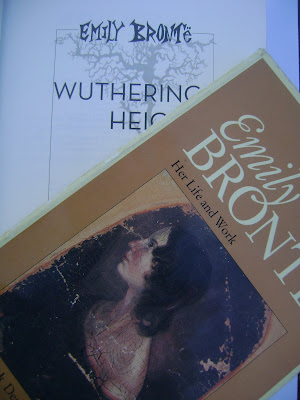 The Life of Charlotte Bronte is a truly absorbing read and Elizabeth Gaskell was thorough in her research, observation and personal memories. The extracts from Charlotte's letters portray an exceptionally kind-hearted woman of literary ambition plagued by ill health and and the relentless need to earn a living. When acclaim finally comes for Charlotte is is meaningless to her as she has lost both her beloved sisters. The biography sparkles when Gaskell uses her own literary talents to describe events. For example the episode where Emily subdues her bulldog, Keeper:

He loved to steal up-stairs, and stretch his square, tawny limbs, on the comfortable beds, covered over with delicate white counterpanes. But the cleanliness of the parsonage arrangements was perfect; and this habit of Keeper's was so objectionable, that Emily in reply to Tabby's remonstrances, declared that, if he was found again transgressing, she herself, in defiance of warning and his well-known ferocity of nature,would beat him so severely that he would never offend again.

Keeper does transgress again and Emily does beat him but he bore no grudge and 'walked first among the mourners to her funeral.'

Muriel Spark's biography and critical study of Emily Bronte has been on my bookshelf for many years. Time for a re-read.
Posted by Vintage Reading at 11:15

I'm so glad you enjoyed Elizabeth Gaskell's Life of Charlotte Bronte. She's such a good writer, and it's possible that her friendship gives her an unusual perspective. (Some of the other biographies are good for that attempted objective outlook.) I read it long ago for a British Autobiography and Biography class.

I hadn't realized Muriel Spark had written a biography of Emily Bronte! My library list is getting bigger and bigger.

This sounds like a fascinating read especially since it's written by Gaskell. I'll be adding it to my wishlist.

I've had this on the shelf for a while and you have convinced me that I must pull it out soon. Thank you!

Frisbee, I need to read more Gaskell. I've only read Cranford. Would you recommend North and South or Mary Barton?

Makedoandread, yes, I believe Muriel Spark has written quite a bit on Emily Bronte. Having just read this though I think I preferred the Gaskell biog.

Mrs B, I'd like to read a biog of Gaskell now. I believe Jenny Uglow has written one.

fleurfisher, the Muriel Spark is good but I prefer the Gaskell.

I had a Bronte year, long after university, and was able to borrow some lovely 19thC editions from the library to read through them one-by-one. I wasn't expecting Gaskell's to be anything more than informative but I actually ended up enjoying it every bit as much as the novels. Now I'm reminded that a Gaskell year would be a good idea...

I'm loving your blog - just found it. So much about the Bronte's. Keep up the great work.

Buried in Print, yes I'm thinking about reading more Gaskell, too. Not so much the industrial novels but I want to read Wives and Daughters - have you read it?

You've made me want to re-read Gaskell's biography. I've been a Bronte fan since I was a child and read Girl With A Pen, a biography of Charlotte written for children.
It's good to see a resurgence of interest in the Brontes.

I would love to read both Gaskell's and Spark's books on the sisters. Thanks for alerting me to these gems. I will add them to the wish list.