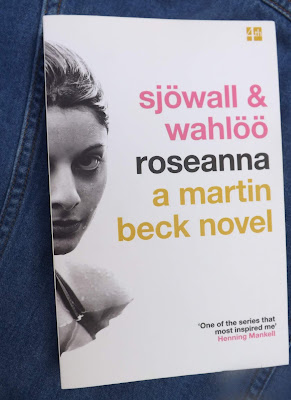 My first favourite literary detective is Lord Peter Death Bredon Wimsey that blue-blooded aristocrat and amateur sleuth created by Dorothy L Sayers in the 1930's. Discovered to be a brilliant all-round natural cricketer at Eton. Accomplished musician who read History at Balliol. Son of the Dowager Duchess Honoria Lucasta Delgardie. A man of sensitivity who was mentally scarred by the Great War he manages to get all the female dons at Oxford University in a flutter in Gaudy Night and it is believed that Sayers fell in love with her own creation.


My second favourite is that tough shamus Philip Marlowe who fights corruption for 25 dollars a day amidst a California setting of dusty eucalyptus trees, manzanitas, pink sunsets and airless heat. The plots are sometimes utterly baffling but I don’t think Chandler is read for sophisticated plots. He is read for the attractiveness of his laconic private investigator Philip Marlowe and his mastery of the American vernacular.
Martin Beck is a different kind of detective.  Created by Maj Sjowall and Per Wahloo in the 1960's, he is not physically attractive, he doesn't have the intellect of Wimsey or the amusing one-liners of Marlowe.  He often feels unwell - nauseous or a stomach ache - and has no appetite, he can't fight and although he carries a gun he’s not a good shot.  Unhappily married with a daughter he adores and a son he can't get on with.  Yet when he questions a suspect he is devastating and he never gives up.
I've just re-read Roseanna which has a fancy new cover.  Published in 1965 it was the police procedural that spawned the Scandi-crime genre and is still a gripping page-turner.  I would also recommend The Laughing Policeman and The Abominable Man.
Who is your favourite literary detective?
Posted by Vintage Reading at 14:48

I've always been a fan of Hercule Poirot. But this post makes me want to get to know Martin Beck, too. :)

I would probably have to say Lord Peter Wimsey too. I still haven't read all of the books and am not looking forward to the day that I have. I read all of the short stories a year ago and thought they were absolutely fantastic.

My favourite is probably Josephine Tey’s Inspector Alan Grant. I’ve read Sayers’ books all out of order and at first I thought Wimsey was just a snob but now I actually like the fellow. I haven’t read anything by the two other authors you mentioned although Raymond Chandler is one I thought would be good to try.

Lark, yes I'm fond of Poirot, too. I must read more Agatha Christie.

Cath, yes I have a couple of novels still to catch up with. Love Lord Wimsey!

Carol, I'm not familiar with Josephine Tey, I must read her. Yes, I think Wimsey was scarred by his wartime experiences and comes across as a snob but is a sweetheart underneath!

Nicola, Carol is right, Josephine Tey's Alan Grant books are excellent. There are only six, sadly, my favourite is The Franchise Affair but they're all excellent. She also has a few standalones only one of which I've read, Miss Pym Disposes... it is wonderful.

I’ve only one of the Alan Grants yet to read, sob ☹️

Cath and Carol, I read Josephine Tey's The Franchise Affair, after your recommendations. Yes she is a very good writer, will read more of her titles. 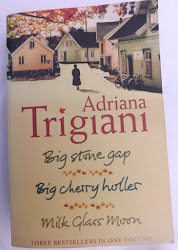